Whether it’s a New Year’s resolution, for a big event, or a beach holiday, losing weightfeatures prominently on most people’s to-do list.A healthy weight is crucial for longevity, but unfortunately the diet industry thrives on people’s desire to lose weight as quickly as they can – without putting in the work.

And as we saw in the news recently, not all diet products deliver what they promise. According to recent reports, a potentially harmful weight-loss product sold online in South Africa was linked to causing overactive thyroids.

The diet industry has been booming for a long time and resulted in several extreme weight-loss methods and fad diets throughout the years.

Disclaimer: We don’t recommend any of these methods. There aren’t any shortcuts, and healthy weight loss can only be achieved through a balanced diet and exercise regime.

Not fond of exercise and healthy food? No worries, simply ingest a parasite to help you lose weight. At the beginning of the 1900s, tablets containing tapeworm eggs were marketed to help people lose weight. These eggs reportedly hatched in your system and stole your nutrients, causing weight loss. It wasn’t known whether these tablets really contained tapeworm eggs, but the idea itself is pretty extreme.

Why it’s dangerous: According to Health24tapeworm infestation is very dangerous and can cause serious problems. Once a person gets infected with this parasite, the larvae move through the blood vessels, and can get into the eyes, brain and the spinal cord. This can lead to headaches, seizures, paralysis, blindness and, in some cases, death.

This is a diet fad that involved dipping cotton balls into liquid such as smoothies or juice and swallowing them. The cotton is meant to fill you up and stave off hunger. It is claimed that the cotton balls still contain some kilojoules and density, but not enough to cause any weight gain.

Why it’s dangerous: Not only can cotton balls contain chemicals such as bleach, but there is also the risk of blockage or obstruction in your digestive system. All in all, ingesting inedible objects for the purpose of weight loss is never a good idea. Lord Byron wasn’t only famous for his poems and politics, but also for popularising the vinegar diet in the 1820s. The idea is simple – drink plenty of vinegar, paired with one cup of tea and a raw egg. This combination made you vomit, causing you to lose your appetite, and weight. The legacy lives on in the claim that apple cider vinegar can make you lose weight.

Why it’s dangerous: Drinking large quantities of vinegar could potentially cause a potassium imbalance, irritation of the stomach lining, as well as the erosion of tooth enamel. 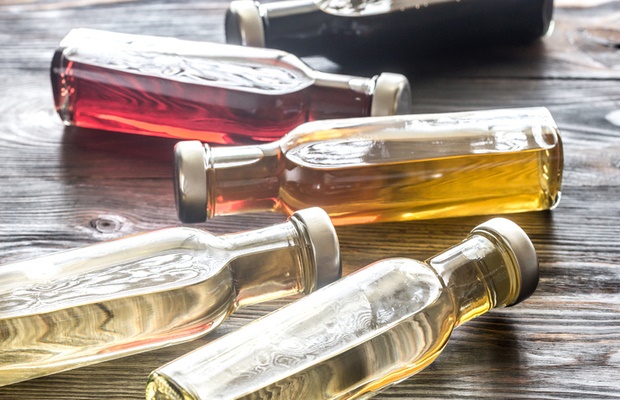 Forget weight-loss teas, firming creams and other fad-products. How about washing your fat away with a specially designed soap? In the 1930s a soap was marketed as having “magical fat-dissolving properties”. If the goodness of the soap could get rid of dirt on the skin, surely it could penetrate deeper and target a flabby belly? Or at least that was the idea behind the soap.

Why it’s dangerous: A topical product wouldn’t cause harm – besides being a waste of time and money.

In the 1920s doctors encouraged people to suppress a raging appetite by smoking. The rationale? Eating too much can kill you, while smoking can only cause lung cancer. The brand Lucky Strike was notorious for its “Reach for a Lucky Strike instead of a sweet” campaign, capitalising on the appetite-suppressing qualities of nicotine.

Why it’s dangerous: Smoking is linked to several health problems such as high blood pressure and cardiovascular disease. Need we say more? Replacing one craving for another is never a good idea.

The cabbage soup diet promises fast results. Eat cabbage soup combined with severely limited meals for seven days and lose 5kg. While it might be effective to help you lose some flab and bloat for a big occasion, it’s simply not effective as a long-term eating plan – not to mention the cabbage fumes in your kitchen.

Why it’s dangerous: It’s an extremely restrictive diet, devoid of important nutrients such as healthy fats and carbohydrates. Yo-yoing between fad diets like these will make you pile on the kilograms quicker than you shed them in the first place – and that can wreak havoc with your metabolism. You can’t eat when you’re sleeping, right? That was the gist of this weight-loss method. Advocates of this method claim that sleeping means there’s less time for eating, and it also boosts your metabolism. An extreme approach was taking sedatives to make you sleep for hours during the day.

Why it’s dangerous: Not only are you depriving yourself of important nutrients, but sleeping pills and sedatives can have adverse effects on your body.

This diet is rumoured to have been started by celebrity trainer Tracy Anderson and involves eating 14 jars of baby food followed by only one proper meal per day. This diet was never written down or advertised anywhere, but some Hollywood celebrities apparently followed it.

Why it’s dangerous: This fad diet seriously lacks fibre, which is important for an adult digestive system to keep on functioning. According to Jamie Vespa, a registered dietitian and assistant nutrition editor for Cooking Light, adults need nutrient-dense, whole food to benefit the gut and the immune system.

This fad diet did the rounds in the 1930s. Dieters were expected to severely curb their food intake to 1 000 calories (4 184 kilojoules) per day, and every meal should be accompanied by either half a grapefruit or 230ml freshly-squeezed grapefruit juice.

Why it’s dangerous: While there’s no serious harm in the grapefruit juice itself, it’s the extreme reduction of kilojoules that makes this diet a fad. And grapefruit can clash with medications such as blood thinners. Just like today, diet pills and weight-loss potions were part of a lucrative industry in the 19th century. Unfortunately things were completely unregulated, and diet pills could contain dangerous ingredients such as arsenic, a chemical element which is poisonous to humans. Arsenic was promoted to speed up the metabolism in the same way as amphetamines.

Why it’s dangerous: Arsenic is highly toxic in its inorganic form and in high doses. According to the World Health Organization it can also cause health problems such as skin lesions and cancer when consumed through food or drinking water. The symptoms of arsenic poisoning include vomiting, nausea, diarrhoea, severe muscle cramping and even death. It’s certainly not a substance you would want in medication.

Will drinking warm water after meals help in weight loss?

Does Skipping Breakfast help in Weight Loss? or What happens if you skip breakfast?